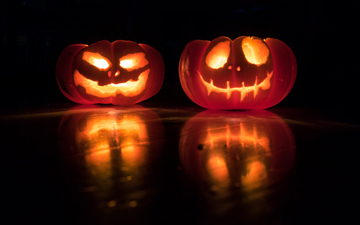 From Halloween candy to the Halloween Massacre, David Rotfleisch on the tricks and treats of recent Canadian tax history

The ghouls and ghosts of Halloween do not stop the haunting of taxation issues — here's a few Halloween related facts and stories to delight or scare this Halloween season.

Coupon or Promotional Allowance for GST/HST

In 2016, Nestlé and the Canada Revenue Agency went knocking on the Tax Court of Canada's door to ask "Coupon or Promotional Allowance?" Nestlé had partnered with Costco to offer promotions, which included a Halloween promotion, they called "instant rebate coupons" or IRC. The IRC provided customers with a fixed amount discount on Nestlé products. Signs were posted on the Costco shelves advertising this discount. Customers who purchased applicable products would have the discount automatically applied without having to show any type of document to claim the discount. The GST/HST on the purchase of each Nestlé product was calculated based on the full price of the product, without the discount. For example, if a box of chocolate bars was purchased for 12 dollars in Alberta with a two dollar discount, the customer would pay 10 dollars plus an additional $0.60 cents in sales tax ($12 * 5% GST).

Nestlé was obligated to reimburse Costco for the amount customers saved using the IRCs. Nestlé collected GST/HST on the full price of the product without reducing the price for the GST/HST discount. Further, Nestlé did not credit or refund Costco for the extra GST/HST which was charged because the GST/HST was charged on the full price of the product instead of the discounted price. Nestlé believed the IRCs were coupons pursuant to section 181 of the Excise Tax Act. Citing subsection 181(5) of the Excise Tax Act, Nestlé claimed the tax fraction of the amounts it reimbursed to Costco as input tax credits or ITCs. These ITCs allowed Nestlé to decrease the amount of GST/HST it was required to remit.

The Canada Revenue Agency ("CRA") denied the $109,970.17 of ITCs claimed by Nestlé. The CRA did not believe the IRCs were coupons pursuant to section 181.

Justice Lamarre agreed with the tax lawyer for CRA. Specifically, Justice Lamarre found the definition of "coupon" in section 181 required something to be submitted by the purchaser in exchange for the discount on the good or service. The IRC promotion did not require purchasers to tender any document or other instrument, electronic or physical, specifically related to the discount in order to receive the discount. Costco membership cards were not sufficient because even though shoppers required these cards to shop at Costco where the discount was being offered, the cards contained no information about receiving the discount on Nestlé products. Instead, Justice Lamarre found the IRC promotion was a promotional allowances under section 232.1 of the Excise Tax Act. The IRC promotion was therefore not a coupon and no ITCs could be claimed by Nestlé.

The CRA potentially received an unexpected treat from this decision. Customers who had purchased the Nestlé products during the IRC promotions had paid GST/HST on the full product price, not the discounted product price. If the IRC promotion had been a coupon, the additional GST/HST would have been lessened by Nestlé claiming the ITC. But with no ITCs claimed, the additional GST/HST was a treat for the CRA.

On October 31st, 2006, then Minister Of Finance Jim Flaherty announced a scary surprise for Canadians. The taxation of income trusts would be brought in line with corporations, including the tax rate on distributions from income trusts shooting up to over 30 percent. An income trust describes a trust where at least 90% of the trust's net cash flows are distributed to its unitholders. The announcement caused an immediate drop in value for these trusts and the value of unit holders' interests in these trusts. Because of the date of this announcement, it is commonly known as the "Halloween Massacre."

Visit www.Taxpage.com and email David at david@taxpage.com. Read the original version of this article on Taxpage.com. Top photo by David Menidrey on Unsplash.