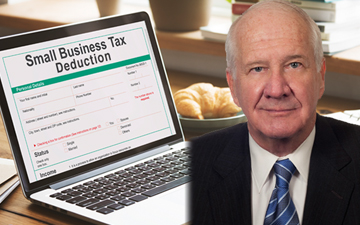 Small and medium-sized business enterprises (SMEs) and their owners enjoy a number of tax preferences in Canada, including the small business deduction (SBD). The objective of the SBD is to encourage the growth of small businesses by helping them accumulate capital for business expansion.

However, the SBD comes at an annual federal-provincial-territorial cost of $10 billion,[1] and there is little if any evidence that it meaningfully contributes to job creation or economic growth. As a result, there have been recommendations that the SBD be reduced or eliminated.[2] As a result of Covid-19, many SMEs will have tax loss carryovers and will not be taxable for several years: now would therefore be an appropriate time to act on those recommendations and repeal the SBD.

In 1966, the Royal Commission on Taxation (the Carter Commission) recommended abolishing the reduced rate, stating that “We believe that equity, neutrality and respect for the tax laws would be improved by ending this feature of the corporation income tax”. The commission also proposed that a Canadian-controlled, small business be allowed an immediate write-off for capital expenditures to a cumulative limit of $250,000. The government’s White Paper in 1969 also proposed a repeal of the reduced rate.

Small business lobbyists and tax commentators weighed in, arguing that a reduced rate should be retained subject to a threshold income level. They prevailed, and the SBD was introduced as part of 1972 tax reform, with a reduced rate for the first $50,000 of annual business income of a Canadian-controlled private corporation (CCPC).

Today, the SBD reduces the federal corporate tax rate on the first $500,000 of a CCPC’s annual business income by six percentage points — from 15 per cent to 9 per cent.[3] But the story does not end there.

There have been few analyses that review the efficacy of the SBD, and the analyses that do exist are not consistent. For example, Chen and Mintz suggest that the SBD may inhibit the growth of small businesses,[4] while Mallett argues that the preferential rate helps compensate SMEs for high regulatory costs and address barriers in obtaining financing.[5]

Dachis and Lester[6] conclude that, while the SBD does not impose a substantial barrier to the growth of small firms, an SBD that is financed by a higher general corporate tax rate reduces Canada’s real income for two reasons. First, labour productivity in small firms is much lower than in larger firms. Second, a higher rate on large corporations causes additional profit shifting to low-taxed foreign jurisdictions.

For example, an OECD study in 2015 reviewed tax rate differentials in 38 OECD and G20 countries.[7] While the study states that, ideally, a tax system should be neutral with regard to its impact on investment decisions, including the creation and growth of SMEs, it also notes that many countries do provide tax-related support to SMEs. However, besides Canada, only eleven of the 38 countries surveyed had dual rates of corporate tax.[8]

The purpose of the SBD is to help finance the growth of small business. However SMEs are heterogeneous. For example, Canada has many retail businesses with one store and no intention of growing. We have doctors and dentists who have incorporated primarily to access tax benefits. And we have gazelles that want to grow and expand but are disinterested in the small business rate. Nonetheless, all small businesses have access to the SBD.[9]

In short, the SBD may owe its survival more to political expediency than to sound tax policy or disciplined analyses. For example, in announcing a further reduction of the small business rate in 2017, Justin Trudeau stated that “Small businesses are the backbone of our economy.” Erin O’Toole has repeated that statement.

Under Canada’s “gross-up and credit” system of integration, a dividend received is grossed-up by the amount of corporate tax presumed to have been paid on the earnings out of which the dividend was paid (whether tax has been paid or not), personal tax is applied on the grossed-up amount, and a credit is given for the presumptive corporate tax.

When integration was introduced in Canada in 1972, there was only one rate of gross-up and credit, based on the small business rate. While the rules were relatively simple, there was significant under-integration for many dividends, such as those paid by public corporations.

In 2006, a second and enhanced gross-up and credit was introduced for “eligible dividends.” These rules apply to dividends paid by non-CCPCs including Canadian public corporations, and by CCPCs out of business income that exceeds the SBD limits.[13] The 2006 changes added considerable complexity, and the compliance costs to deal with these complexities fall almost entirely on SMEs.

Today, the gross-ups and credits tend to under-integrate most income somewhat, in particular investment income earned by a CCPC. However, in a hypothetical world where corporations earn income, pay corporate tax, and at some time distribute all of their after-tax earnings as dividends, integration still works relatively well. Of course, the world is more complicated than that.

For example, an Ontario resident owner of a CCPC who is taxable at the top marginal rate of 53.5 per cent should expect to pay a combined corporate-personal tax of around that rate on income earned by her CCPC. However, if the CCPC earns and retains its income and the owner then sells the CCPC shares to a third party and claims the lifetime capital gains exemption, her combined tax may be as little as 12.2 per cent, the small business rate that applies in Ontario.

Beyond a simple third party sale, there are more creative and controversial strategies to convert a CCPC’s dividend income to capital gains rates — so-called “surplus stripping.”[14] Capital gains rates are lower than dividend rates at middle and upper-income personal tax brackets and, the lower the corporate rate, the more attractive surplus stripping becomes.[15] For example, using a surplus strip, an Ontario resident owner of a CCPC who is taxable at the top rate can reduce her combined corporate-personal tax of 54.1 per cent on income that was eligible for the SBD to 35.7 per cent.[16]

Are these shenanigans offensive as a matter of tax policy? The answer depends on whether one believes that, outside of a bona fide, third party sale, the highest possible rates — dividend rates — should always apply under Canada’s integration rules. The Canadian courts have been ambivalent on the issue, and the Department of Finance indecisive.[17]

The SBD should be repealed and the savings applied to reduce the general federal corporate tax rate by one or two percentage points in a revenue neutral manner.[18] This would restore neutrality and fairness to this part of our Canadian tax regime. Would a repeal face political headwinds? Of course. Still, the United Kingdom repealed its small business rate in 2015.

The repeal would also allow many of the distortions and complexities under our dividend gross-up and credit rules to be eliminated. With all Canadian corporations subject to the same corporate tax rates, we could revert to a single gross-up and credit. At the same time, the more egregious types of surplus stripping could be blocked.[19]

Former US Treasury Secretary William Simon once said that “The nation should have a tax system that looks like someone designed it on purpose.” For Canada, this would be a start.

Allan Lanthier is a retired senior partner of EY Canada and has been an advisor to both the Department of Finance and the Canada Revenue Agency. This is a modified version of a commentary originally published by Finances of the Nation (financesofthenation.ca).

[1] About $5 billion annually for federal tax purposes, and an additional estimated amount of $5 billion for the provinces and territories.
[2] See for example “Report of the Technical Committee on Business Taxation” (1998), Department of Finance, Ottawa; also, Benjamin Dachis and John Lester, “Small Business Preferences as a Barrier to Growth: Not so Tall After All” (2015), C. D. Howe Institute, Toronto.
[3] The $500,000 annual limit applies to an associated group of CCPCs. The SBD is phased out and recovered if taxable capital is between $10 and $15 million, or if passive investment income is between $50,000 and $150,000 in the preceding year.
[4] Duanjie Chen and Jack Mintz, “Small Business Taxation: Revamping Incentives to Encourage Growth” (2011), School of Public Policy, University of Calgary.
[5] Ted Mallett, “Policy Forum: Mountains and Molehills — Effects of the Small Business Deduction” (2015), Canadian Tax Journal, Canadian Tax Foundation, Toronto.
[6] Supra, footnote 2.
[7] “Taxation of SMEs in OECD and G20 Countries” (2015), OECD, Paris.
[8] In addition, Luxembourg provided a de minimus rate reduction of one per cent for the first €15,000 of a firm’s annual profits.
[9] One Canadian study in 1997 found that only one per cent of small businesses with less than five employees grew to more than twenty employees over a period of seven years (Working Paper 97-11 to Report of the Technical Committee on Business Taxation, supra footnote 2).
[10] Unlike other countries, Canada uses “establishment size” in its published employment numbers. Under this approach, every branch of a Canadian bank is, for example, treated as a separate small business. The correct approach to use when considering policy issues is generally “firm size” — the total number of individuals employed by a business at all its locations.
[11] Author’s calculations based on firm size data provided by Statistics Canada.
[12] For example, the United Kingdom has two sets of personal income tax rate schedules, with the rates that apply to dividend income being somewhat lower than the general rates. Australia uses an imputation system, under which “franking credits” apply to dividend distributions based on the actual amount of corporate tax that has been paid. And the United States taxes “qualified dividends” at the same rates as capital gains, and also relies on flow-through entities that are not subject to corporate-level tax.
[13] The 2006 changes were not introduced in the pursuit of sound tax policy, but as a first (and ultimately unsuccessful) effort to stem the conversions of public corporations into publicly-traded income trusts – conversions that were significantly eroding the Canadian corporate income tax base.
[14] See for example Alexander Demner and Kyle Lamonthe, “The Future of Surplus Stripping” (2019), 2019 Ontario Tax Conference, Canadian Tax Foundation, Toronto.
[15] For example, dividends paid from income that has benefitted from the SBD (non-eligible dividends) have a lower gross-up and credit — and higher effective personal tax rates — than “eligible dividends”.
[16] To illustrate, assume that a CCPC earns $1,000 which is taxed at the federal-Ontario small business rate of 12.2 per cent, leaving the CCPC with cash of $878. Using a surplus strip, the owner receives this amount as a capital gain, and pays personal tax (top rate) of $235. The combined corporate-personal tax is $357 ($122 plus $235).
[17] In 2017, Finance released a consultation paper setting out a number of proposed changes to the taxation of private corporations, including an assault on surplus stripping — proposed changes to section 84.1 of the federal Income Tax Act (ITA), and the introduction of a new section 246.1. These surplus stripping proposals had not been fully thought out and, following fierce criticism from the tax community, they were withdrawn.
[18] The reduction of the general federal corporate tax rate would be based on the annual savings of about $5 billion from the repeal of the SBD, less the revenue loss from a higher dividend gross-up and credit being applied to (what are now) non-eligible dividends. A repeal of the SBD would require provincial and territorial cooperation, and provincial-territorial repeals would allow for further reductions in the combined general corporate tax rate.
[19] The legislative fix would be disarmingly simple — a change to section 84.1 of the ITA so that the provision relies solely on the paid-up capital of the transferred shares, with a possible exception for shares that are transferred on death.