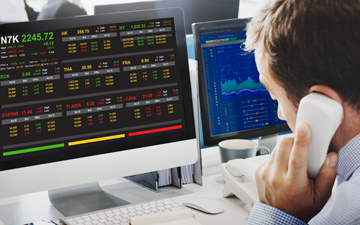 The “cum-ex” scandal has been called the robbery of the century. Vastly complicated trading schemes were allegedly used to hive off billions in tax revenues from several European countries. The bankers involved capitalised on loop-holes, where shares traded at high frequency would confuse the payment system, triggering multiple rebate payments for tax that was only paid once.

The trial continues, but an initial assessment of the case by a criminal court in Bonn, Germany said: “This was a collective case of thievery from state coffers.” The cost was most strongly felt in Germany, where €31.8 billion in tax revenues were reportedly lost – enough to give €1 million to every school in Germany. Overall, €55.2 billion of tax revenue was lost by European countries, with other victims including France, Italy and Denmark.

While notable for its scale, this appears to be just the latest in a long and ignominious line of misconduct by big financial firms. The complicated world of trading, in particular, makes it difficult for outsiders to scrutinise everything that goes on in these companies.

In a similar manner, energy company Enron – famous for its accounting fraud – had a pivotal role in the California energy crisis of 2000 and 2001. Its Portland-based commodities traders manipulated the state’s regulations with their playbook of trading strategies.

Despite the very different contexts, these two scandals share more than just a passing similarity. Having researched the Enron scandal, we suggest that the issues involved are less extraordinary (and more persistent) than we might hope.

Regulation as a path to profit

Both traders at Enron and in the current cum-ex scandal used regulation as an opportunity for maximising their profits.

In giving evidence, one defendant in the cum-ex scandal, Martin Shields argued that the clear and openly communicated job of a trader was to take “advantage of any opportunities that could be found or created.” Because such opportunities existed within the tax regulations themselves, these were treated as legitimate market variables, and so something that could be leveraged for profit.

Moreover, the team of investigative journalists that uncovered the scandal report that cum-ex investors in Frankfurt were told: “If you can’t identify with the fact that fewer kindergartens are built in Germany because we do business like this, you should not be here.”

It seems as though traders generally stayed within the rules of what was technically permissible. But they clearly went counter to the intention of the regulation. After all, can it be reasonably assumed that a system would be deliberately designed to refund tax that had never actually been paid?

Over in Portland, Oregon, Enron’s traders had similar views when California changed the regulation of its energy market in the 1990s. The idea behind this was to increase competition within the electricity sector and reduce the cost of energy for consumers. There was a complicated redesign of the market, relating to the way energy supply was scheduled and priced.

Enron’s traders quickly found loopholes in the new regulations. Its traders gamed the complicated system. This led to increased electricity prices, a reduction in reliable electricity supply (leading to blackouts) and helped Enron make US$1.6 billion. Rather than looking at what the regulation was designed to achieve, the Enron case illustrates how traders found a way to profit where a complex system permitted it.

Beyond the regulations themselves, traders in the Enron and cum-ex cases also manipulated the complex automated protocols set up to manage them.

Through their intimate understanding of how the regulations would be managed, Enron’s traders were able to disguise the true intent of their trades and present system operators with an illusion of simple, legitimate transactions. One way they profited from this was to manipulate California’s power line management to their advantage, deliberately creating both real and imaginary shortages.

Energy power lines can only run a set amount of energy, and lines have to be booked in advance by companies transporting energy over them. Enron’s traders would deliberately reserve more line usage than required. Known as “overscheduling,” this was the building block of a number of scams including getting the state to pay them to relieve the congestion they had purposefully created.

These trading strategies were so complicated that Enron’s executives back in Houston did not even understand them. They sent a team of lawyers to Portland just to work out if they were legal. Ironically, it was a resulting memorandum back to HQ that provided the smoking gun to investigators, casting their otherwise opaque practices into the public light.

As with Enron, it is alleged that cum-ex traders exploited regulations using highly elaborate trading arrangements to trick the system into issuing unwarranted payments. Cum-ex traders deceived the automated tax rebate system with arrangements so impenetrable that even the German translator at the trial struggled to keep up with one defendant’s simplified explanation of them.

In both cases, these traders seemingly had the grandiose assumption that they would get away with it because nobody else would understand what they did. Indeed, even after their exposure, both cases have received comparatively little coverage — particularly given their scale and the public cost inflicted. This is no doubt related to how complicated they are to explain.

Ultimately, it is very difficult to create watertight financial regulation. But, even within a competitive industry, it should be clear that exploiting loopholes deviates from expected ethical standards. Until traders are encouraged to honour regulatory standards, rather than manipulate them, we are likely to continue to see more scandals like Enron and cum-ex.

Stephanie Decker is professor of history and strategy at the University of Bristol. Adam Nix is a lecturer in business and management at De Montfort University in Leicester, UK. Image by rawpixel.com.