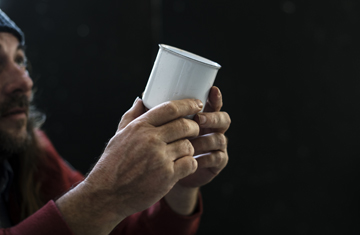 They should be part of Canada’s national poverty reduction strategy

Winnipeg – We have entered a new election cycle, and it appears that a discussion about tax policy will consist primarily of bickering and court challenges around the introduction of a carbon taxand the associated Climate Action Incentive Payment.

These attitudes toward taxation strategy are unfortunate, because our modern tax system is very efficient at administering a wide variety of taxes and transferring multiple benefits to Canadians.

Indeed, the federal government reported that its Canada Child Benefit had taken 281,000 (29 per cent) of Canadian children out of poverty by 2018, a substantial achievement toward the 21st century goal of eliminating child poverty.

Notably, this purported success at alleviating poverty reflects a significant change in tax policy — the reformulation of child benefits into a refundable tax credit that transfers benefits according to taxable family income.

The current state of tax credits

Regrettably, most existing tax credits in Canada are not refundable, which means that they can only be applied to taxes owed. These include the universal Basic Personal Amount plus a host of targeted credits for the aged, partners, employment income, Employment Insurance and Canada Pension Plan contributions, education, medical expenses, charitable donations, persons with disabilities, caregivers and the like.

In 2015, these credits amounted to more than $63 billion, or about six per cent of the after-tax incomes of Canadians. The Basic Personal Amount (BPA) alone accounted for $37 billion, or 3.5 per cent of income, but the benefits of the BPA and other applicable credits elude low-income tax filers with insufficient taxable income to claim against the tax credit.

How disadvantageous is the current tax credit system to those with low income? My colleague Harvey Stevens and I found that families below the poverty line actually receive a smaller proportion of their income from tax credits than families with somewhat higher incomes.

Their after-tax income improves by one-third on average, resulting in four out of 10 families moving above the poverty line, even after consideration of work disincentives.

Refundable tax credits nearly eradicate poverty among single parents, and cut poverty incidence at least in half for all other family types except non-elderly single individuals. If the provinces came on board with a similar plan, further reductions in poverty would be achieved.

Given Canada’s sorry record on poverty and the many social benefits associated with its elimination this would be an important achievement.

How the tax system evolved

British political philosophers of the 18th and 19th century conceived of taxation on the basis of ability to pay, but typically sought to make the system progressive by introducing a modest amount that would be exempt from tax.

The introduction of personal income tax in Canada during the First World War followed this historical pattern, with exemptions that were quite substantial from the outset.

My student, Evelina Frolenko, and I have calculated that, allowing for inflation, those war year tax exemptions allowed for $1,068 for singles and $2,136 for married persons in 2018 dollars, compared to a federal benefit of $1,771 for both groups today.

In 1988, to limit the benefit for higher income tax payers and to make the tax system more progressive, the personal exemption was converted to a tax credit (the BPA) valued at the lowest federal tax rate of 15. That meant its benefit (15 per cent of the BPA) was the same for all taxpayers whose income exceeded the BPA.

Other tax credits have generally followed the same pattern, taking the form of tax exemptions before 1988 and non-refundable credits at the lowest tax rate since 1988. But this pattern continues to deny these benefits to those most in need of income support who lack sufficient taxable income to realize the full benefit of the credit.

There have been two important exceptions over the first century of Canada’s personal income tax. When the Goods and Services Tax was introduced in 1991, it was accompanied by a modest refundable GST credit that now guarantees a base benefit of $290 paid in quarterly instalments to families with low incomes.

And the aforementioned Canada Child Benefit replaced the Universal Child Care Benefit in 2016 to provide greater income support to low-income families with children. It currently provides a monthly base benefit of $541.33 for each eligible child under six and $456.75 for children aged six to 17 for families with net income below $30,450, and is reduced gradually as income increases.

Unlike other non-refundable tax credits, the refundable GST credit and Canada Child Benefit provide benefits to all low-income Canadians who file a tax return, even those with little or no taxable income.

In the short term, the prospects for extending tax credit refundability seem dim. Yet Canada now has its first official poverty reduction strategy and an explicit method of measuring our success in achieving poverty alleviation goals.

What’s missing and will continue to plague the strategy is an effective means of ensuring that the poverty gap, now clearly identified, is addressed for low-income families.

In this respect, tax credit refundability remains a compelling option, especially converting the important and universal BPA to a refundable credit to provide significant income support in an efficient way.

That is if the bickering, court challenges and electioneering don’t get in the way.