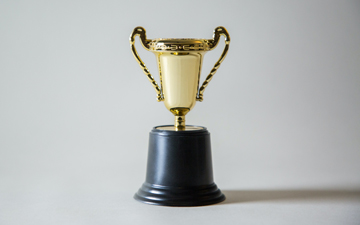 Hits and selection omissions from the Canadian Academic Accounting Association

TORONTO, May 31, 2021 – Twelve accountants and accounting academics from past and present have been named as the inaugural inductees of the Canadian Accounting Hall of Fame (CAHF). The list includes some historic names in Canadian business as well as notable omissions among both “founders of the profession” and “leaders of the profession.”

While the list features both accounting professionals and accounting academics, some themes emerge that, while they may reflect the historic reality of accounting as a “traditionally male profession,” may also reflect a reluctance to embrace contemporary themes of gender and ethnic inclusivity. All twelve of the inductees are white and all but one of the inductees, Gertrude “Gert” Mulcahy, are male.

The CAHF recognized the historic importance of George Edwards (1861-1947) who, as a member of the Council of The Institute of Chartered Accountants of Ontario (ICAO), was instrumental in the founding (“for the preparation of young men for industrial pursuits”) of the Canadian Society of Cost Accountants (1920), a precursor to the Society of Management Accountants of Canada (CMA Canada).

The inaugural inductees do not include founders (e.g., John Leslie) of the General Accountants Association (1913) or the complicated evolution of CMA Canada. In so doing, the inaugural inductees do not fully reflect the growth of cost and management accounting in Canada, nor the crucial importance of national railways and of the Montreal business community to the building of the nation, despite the inclusion of George Edwards and Philip S. Ross.

While Gertrude Mulcahy is deserving of recognition, her selection as the sole female inaugural inductee is curious. Omitted from the selections are the first two female (chartered) accountants in Canada: Mercy Ellen Crehan (1922) and Florence Eulalie Herkins (1922). Both faced tremendous opposition from chartered accounting organizations (Herkins argued her case for inclusion before the Supreme Court of British Columbia).

The CAHF could have also laid claim to the first female professional accountant in all of North America. Born in 1873 in Nova Scotia, Christine Ross was the first woman CPA in the United States, receiving certificate no. 143 on Dec. 21, 1899. Ross had a lucrative practice in New York business and fashion circles, reportedly empowering women entrepreneurs, and her omission from the American Accounting Hall of Fame is a stain on the profession. The CAHF missed an opportunity to claim Ross for its own.

Chartered Accountant Ellen Fairclough was the first female federal cabinet minister (1957) as well as the first woman to be named Acting Prime Minister of Canada (1958). A lifelong Conservative, Fairclough was progressive on immigration and Indigenous rights. Notably, it was Fairclough who once wrote that one of the first Canadian female accountants “found it necessary to ‘defect’ to the United States to earn a living in her chosen profession.” (Fairclough was likely referring to Herkins, who died in West Virginia in 1978.)

It should be noted that Samuel J. Broad, one of the inaugural inductees, was born in England and plied his trade in the United States for most of his career. Broad was inducted into the American Accounting Hall of Fame in 1954. While undoubtedly a major figure in the American accounting profession, Broad spent only four years of his professional life in Canada, making the omission of Christine Ross less defensible.

The American Accounting Hall of Fame has made strides in recent years in acknowledging the contributions to the profession of African-American accountants. The 2021 inductees, for example, included Sybil Collins Mobley (1925-2015). As accounting historians continue to discover new contributions to the profession by marginalized Canadian accountants, the future of the CAHF may become more diverse.

Canada 150: Five things you didn't know about the history of accounting in Canada