10 things everyone should know about taxation 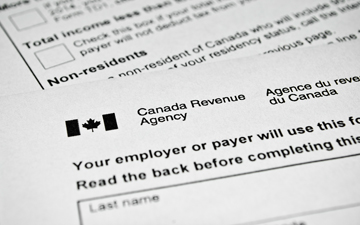 VICTORIA – Canadian tax history has been fraught with controversies. One example is the racist head tax that was placed on Chinese migrants from 1883 until 1923, demonstrating that taxation can be both political and disciminatory.

Québec Premier François Legault triggered the most recent controversy when he proposed the idea of taxing unvaccinated citizens. Even though Legault dropped the ethically and legally questionable tax, the reaction to it illustrated just how controversial taxes can be be.

Ironically, society’s understanding of taxes could be part of the reason why so many questionable taxes are introduced in the first place. To many of us, taxes are just mandatory payments to government coffers. While this view is technically correct, it doesn’t help us understand why and how taxes are implemented in democratic pluralistic societies. Unfortunately, governments, courts and taxation experts usually overlook key aspects of taxes, leading to hazy definitions of taxes in court deliberations.

This can play a part in allowing ethically and legally questionable taxes to be imposed. It is much more difficult for unethical taxes to be put into place if citizens know what taxes are designed to do, and the correct way for taxes to be implemented. With that in mind, here are 10 things you should know about taxes.

What experts forgot this time

While reactions to Legault’s proposed tax were torn, with some condemning it as a Charter violation and others seeing it as a viable health care solution, there are some clear conclusions that can be drawn. While most experts overlooked these 10 aspects when discussing Legault’s tax idea, some did concede that such a tax “would likely withstand legal challenges,” while pointing out it would “disproportionately impact low-income earners.”

However, they missed that taxes are not just a mandatory payment to government coffers. Taxes are more than that, and these 10 aspects suggest that Legault’s levy would not have been a tax at all, making his idea even more questionable. A tax on the unvaccinated would not have depended on anyone’s economic background, and would have wrongfully affected people’s economic capacity and punished taxpayers.

Although governments and experts can, and often do, overlook these 10 aspects, citizens should not. Adequate and fair tax implementation begins with these aspects. Keeping them in mind can help us hold governments accountable for the taxes that they try to implement, and can help prevent future unethical and legally questionable taxes.

Esteban Vallejo Toledo is PhD student in law and society at the University of Victoria. Top image: iStock. Author photo: The Conversation Canada.

Vern Krishna, FCPA, FCGA on the history of taxation around the world, from ancient Mesopotamia to modern-day Canada
Thought Leaders