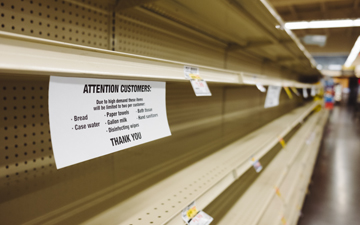 Due to the COVID-19 pandemic, future foreign takeovers will now be scrutinized for their local as well as national impact, explains Andrew House of Fasken

On March 24, 2021, the Minister of Innovation, Science and Industry announced updates to the Guidelines of the National Security Review of Investments under the Investment Canada Act.

This is the first update since the Guidelines were first issued in 2016. By contrast to the first edition, this version of the Guidelines has a distinctly local flavour. For many years, "national security" (for which there is no legal definition in Canada) has been understood as the fight against terrorism and foreign espionage. Of course, there were voices within government who argued for years that this was not the full extent of national security — things like critical infrastructure were, as the name implies, vital to the safety and security of Canadians. But those voices were often not heard or heeded.

The COVID-19 pandemic has changed that – the greatest immediate threat to our current safety and security is not a gun-welding terrorist or a sleeper cell of foreign agents (though let us not make the mistake of assuming either of these phenomena has gone away). It is instead a previously unknown virus destructive of not only the human body but also social cohesion and economic prosperity.

Canada's new National Security Guidelines bring us back to basics. While terrorists and spies continue to be a very significant concern (along with things like hostile state influence and interference), the strengths of the institutions, processes, products and systems that provide for daily sustenance, health and safety in Canada are no longer a given. Some have come into question or failed utterly in the last year and the government has moved in various ways to address that problem, including a long, hard look at prospective foreign ownership of Canadian critical infrastructure.

This infrastructure is most often understood as comprising the following 10 areas:

While "Government" and "Safety" (the latter being understood most often as everything from the first responder community to Canada's national defence) are clearly public sector considerations, other areas of critical infrastructure are most decidedly private.

Take "Food" for instance. During the pandemic, for citizens and politicians alike, the presence of bright red tomatoes on grocery store shelves was not a given. The entry into Canada of temporary foreign workers was a significant and early area of concern for governments. And yet, the very farms on which we depend for fresh produce can only function by virtue of the seasonal efforts of these critical workers. It was a rock-and-a-hard-place moment for federal and provincial officials that brought the concept of national security right down to the level of the local grocery store. The ownership of food supply and transportation chains has never before been top of mind in the regulation of foreign ownership and in-bound investment. Going forward, it will be.

Each and every time a non-Canadian entity seeks to acquire a Canadian company — for instance, a grocery chain or trucking company which moves perishables to store shelves — the purchase must be notified to the Investment Review Division of Canada's Department of Industry, Science and Economic Development. In the past, the sale of a grocery chain to foreign owners would not necessarily have attracted "enhanced scrutiny" but with the pandemic's brutal shortages of consumer products, life-saving medicines and protective equipment, it is a forgone conclusion that such deals will in future be looked at by the federal government much more closely.

Because, as they say, all politics are local, and national security is an inherently political consideration without clearly defined meaning, the business of mergers and acquisitions will now be seen through a local as well as a national lens.

How corporate acquisitions impact real people in meeting their basic needs has always mattered. We're just finally facing up to it as a country. From Bay Street to Main Street, national security is now a concern for us all.

Andrew House is a partner in Fasken’s Ottawa and Toronto offices. He is a national security lawyer who practises in the areas of foreign investment, government relations and political law with a focus on the impact of national and cyber security considerations in federally regulated industries and transactions. He can be reached at ahouse@fasken.com.

Jared A. Mackey, Brendan Sigalet and Philip B. Ward of Bennett Jones LLP on a fundamental change to the existing interest deductibility regime
Business

Part four in our series: How will the Canadian economy recover from COVID-19?
Thought Leaders